The CIHIE, sponsored by Beijing Shibowei International Exhibition Co., Ltd., is approved by the Ministry of Commerce and co-sponsored by China Medical Care International Exchange Promotion Association, China Medical Promotion Association Sub-Health Committee and Beijing Expo International Exhibition Co., Ltd. The predecessor of CIHIE was developed from the "China Health Industry Exposition". It was founded in the year of SARS in 2003. In May 2004, it ushered in the first appearance of the health industry. After 15 years of unremitting efforts, the CIHIE Expo has developed from 80 booths to more than 1,800 booths. The scale of the exhibition has grown from 2,000 square meters to 50,000 square meters. The number of exhibitors has grown from more than 60 to nearly 1,200 now, and the participating countries have developed from a single China to 26,000 global exhibitors. The number of spectators has grown from the earliest 2000 to 64,925, and has been rated by the Ministry of Commerce as the "National Key Guidance and Support Exhibition" for many years. The CIHIE Health Expo 2008 Beijing Exhibition in April, Shanghai Exhibition in August and Chengdu Exhibition in September have been successfully concluded. On April 17-19, 2019, the 25th Health Expo will be held in Beijing China International Exhibition Center. The Shanghai Expo will be held in the New International Expo Center in Shanghai on August 28-30, 2019.【More】 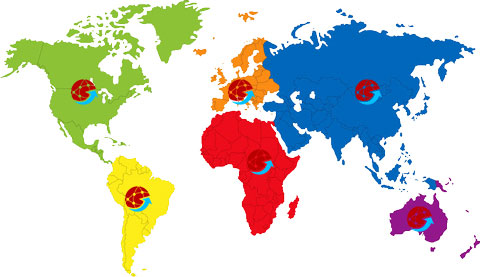